Islam, Postmodernism and Other Futures: A Ziauddin Sardar Reader 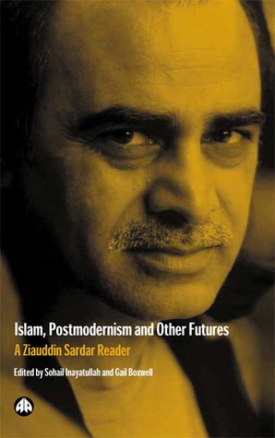 Ziauddin Sardar is a prolific writer and an insightful cultural commentator. His latest book, Why Do People Hate America?, has been a regular feature in bestseller lists in several countries. In the UK, he is known as a leading intellectual and his regular contributions to the New Statesman, the Independent, Observer and other newspapers and magazines have brought his writing to a wide audience. As one of our most high-profile Muslim intellectuals, he has also become an increasingly important voice in the media since the events of September 11th, 2001.

This is the first collection of his writings that offers a comprehensive introduction to his thought. Starting with an analysis of Sardar’s thought and position as a critical thinker by the editors, it goes on to explore issues of Islam and cultural change, education, identity, post-modernism and the future. Drawn from a broad range of his work in scholarly journals as well as from his many books on aspects of culture and society, it includes some of his most frequently cited papers and makes an ideal introduction to the immense scope of his work in cultural studies.

How Do You Know: Reading Ziauddin Sardar on Islam, Science and Cultural Relations