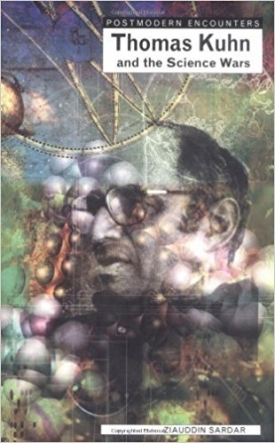 Not so long ago, we believed that science was a neutral, value-free quest for Truth. With The Structure of Scientific Revolutions (1962), Thomas Kuhn opened science to scrutiny as a social activity. He reduced science to puzzle-solving within belief systems, suggesting that ‘normal’ science was nothing more than dogmatic stability punctuated by occasional revolutions. Sociologists of science went even further, arguing that scientists just ‘negotiate’ their agreements rather than being constrained by mythical ‘facts’. In recent years, the ‘Science Wars’ have seen counter-attacks from scientists on the sociologists.

Thomas Kuhn and the Science Wars shows how science has become a major contested cultural symbol, and suggests that we need a new ‘post-normal’ synthesis in which the old debates are transcended. Science is not about demonstrations by experts, but dialogue among stakeholders. This is the new face of science, one which gives Kuhn’s seminal insights new life.