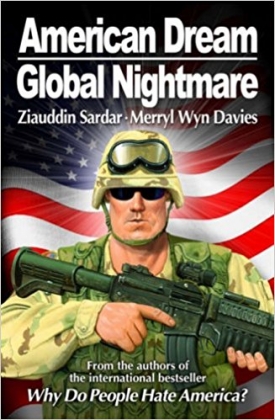 There is something deeply wrong with America. The American dream has become a global nightmare from which we all need to awake as quickly as possible.

In this hard-hitting sequel to their best-selling Why Do People Hate America?, Ziauddin Sardar and Merryl Wyn Davies explore the myth-making machine of Hollywood, the book investigates the persistent dream in which America is determined to live, and the dangerous ‘sleep of reason’ necessary to sustain it. America’s cultural delusions are a grotesque imbalance between fantasy and reality, a danger to us all as, propelled by power, mythology and paranoia, the US pursues its dream whose dark side is death, suffering, perpetual fear, an increasing divide between rich and poor, a squandering of the human future, and the relentless building of more and more pretexts for future wars.