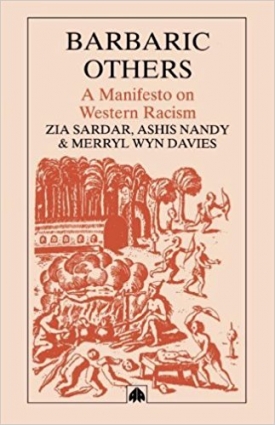 So Zia Sardar, Ashis Nandy, and Merryl Wyn Davies begin their compelling account of Christopher Columbus’ great ‘voyage of discovery’ and its global aftermath. Barbaric Others argues that Columbus, far from being either a hero or a villain, was very much the product of his times. His historic encounter between the ‘West’ and the peoples of another civilisation – which could have marked a propitious meeting of cultures – instead created an invidious precedent for Europe’s future development as a colonial predator.

Barbaric Others offers a unique perspective on an adversarial world-view that has allowed the West to see other peoples as barbarians, infidels, even ‘savages’. In exposing this convenient myopia, the authors provide a succinct and shameful history of the racism and xenophobia that have shaped western thought from ancient Greece to the present day.