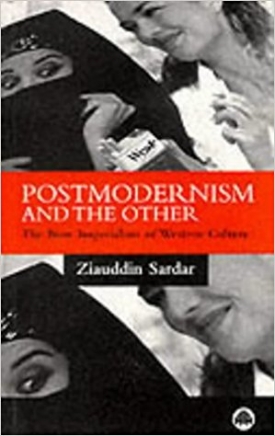 Postmodernism has often been presented as a new theory of liberation that promotes pluralism and gives representation to the marginalised peoples of the non-west and ‘Other’ cultures.

In the first major assessment of postmodernism from a non-western perspective, Ziauddin Sardar offers a radical critique of this view. Covering the salient spheres of postmodernism – from architecture, film, television, and pop music, to philosophy, consumer lifestyle and new age religions – Sardar reveals that postmodernism in fact operates to further marginalise the reality of the non-west and confound its aspirations. By tracing postmodernism’s roots in colonialism and modernity, Sardar demonstrates that the dominant contemporary intellectual fashion, peddling an insidiously oppressive and subtle revisionism, is the most comprehensive onslaught on the non-west ever experienced. In stern retort, the author offers ways in which the peoples of the non-west can counter the postmodern assault and survive with their identities, histories, and cultures intact.