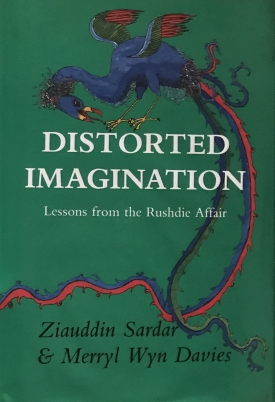 The authors of this book trace the long history of the Rushdie affair, demonstrating that the real issues raised are not freedom of expression or blasphemy but the survival of cultural identity.

They define the concept of the distorted imagination: the intellectual tool called Orientalism that the West has fashioned to explain non-Western cultures, including that of Islam. They show that it is a deliberate exercise calculated to impede mutual understanding between the West and other peoples.

Sardar and Davies consider freedom of expression, concluding that an absolute freedom of expression does not exist anywhere in the world. Furthermore, they purport that any freedom cannot be said to exist where the opportunity to exercise that freedom is unequally held and practiced. They debate tolerance – the tolerance expected of Muslims by Western secularists – and the intolerance of secularists who demand that secularism alone determine what is acceptable for everyone in the modern world.

The authors reveal that Islam does not accept that people can be sentenced without due process of law and that the juristic opinion – fatwa – of the late Ayatollah Khomeini is completely indefensible under Islamic law.

This book is for all concerned individuals who need to understand the furore resulting from the publication of The Satanic Verses and who want to assure a future for everyone from all nations in our multi-ethnic, multicultural societies.